Originally from Tennessee, Reuben grew up in a multicultural (Korean American) and military family. He graduated from Austin Peay State University in 2008 with a BA in Studio Art concentrating in painting. After college, he commissioned into the US Army as a helicopter pilot and served over eight years on Active Duty. He also served overseas three times, once in Korea, and twice in Afghanistan. He is a graduate of UNC at Chapel Hill’s MFA program in studio arts. Reuben’s work has been exhibited throughout the Triangle and Southern Region of the US. His practice focuses on examining systems of power and reshaping them through representations of symbols, signs and objects, and manifested by acts of drawing and painting. 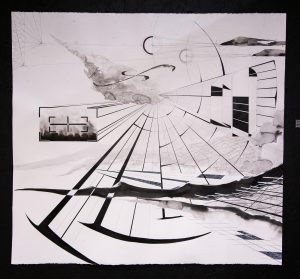 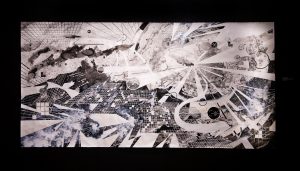 Get Help: Veterans in Crisis 1-800-273-8255 & Press 1. We can all help prevent suicide. The Lifeline provides 24/7, free and confidential support for people in distress, prevention and crisis resources for you or your loved ones, and best practices for professionals.